The kindness of strangers

Under the weather since the birthday of Small DB, I have been waking each morning clagged up with crud. That wears off and I instead am just hugely tired. So when I told M that I was taking the Smalls on a house-sitting getaway, he didn’t exactly say I was mad, but helpfully suggested it might be better to go on my own. But of course that would mean more days lost from getting the boat ready —> the thing to avoid at all costs. If we have to spend Summer in the boatyard I will perish (or quickly find a Plan B).

We set off yesterday – driving the slowest old Mercedes the world has ever seen. I usually drive the sedan, but the lack of a radiator meant we took the station wagon. I’m not kidding, we traversed 40% of the journey at 40kmph – snailing our way through the Gembrook hills with 4WD’s snarling in our wake.

“Give them the iPads to play with!” suggested M, before we left.
“Never.”
“But there’s no radio, no iPod in that car – they’ll be bored!! Make it easy for yourself!!”
I gritted my teeth.
“I just can’t do it. I cannot cope with Smalls with screens as I drive. They can read or look out the goddamn window.”
I threw in some precautionary extra library books.

As it played out, there was no drama. Small Z travelled with her head submerged in ‘Ripley’s Believe It Or Not’ and Small DB made up songs, pointed out signs and horses and alpacas – and the road – becoming twistier! and steeper! they both went on ‘hill watch’. We drove for thirty long kilometres on a particular stretch and there was a hill that had Small Z squealing.
“It’s SO BIG, mama – that hill!! Ohhhhhh – I don’t think I can take it – we’re not going to make it!!”

I was glad she’d given me warning, because it was a MASSIVE hill. I gunned Merky and got a good run up, ascending three quarters of the hill before we dropped down to 30kmph to reach the top. It all took a little longer than Google maps foretold, because Google maps is unaware of the speed restrictions of a 1980 Mercedes 300TD.

We spent the last 10km wondering about the house. A month or two ago one of the people I follow on Instagram had asked whether we were ever interested in housesitting. I said we were, for short periods, and she advised that she would be away in September. The closer September came, the more I thought I could do with a getaway… so we locked it in. Anna and I have never met, but through our mutual photo appreciation of each other – I decided that she was not an axe murderer luring us to certain death, and she decided that we probably wouldn’t trash her house, take her jewellery, max out her internet or just refuse to move out.

“I don’t know what this house is like,” I warned the Smalls. I decided to embrace the worst case scenario. “There may not be a heater – it might be like a big, um, shed?”
“It won’t be, mama,” said Small Z, optimistic as ever. “It will be great.”

It’s better than great. This house – imagine the kind of design and thoughtfulness that has Kevin McCloud getting his knickers in a twist. 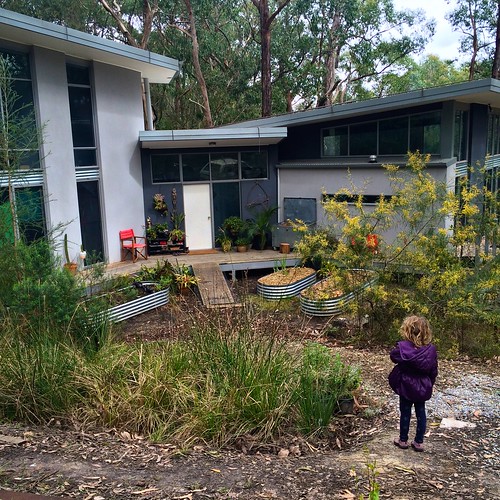 And it’s not just the house, but it is all about what is inside it. Open spaces, high ceilings, beautiful pieces of furniture – not untouchably beautiful furniture, but comforting, gorgeous and functional. 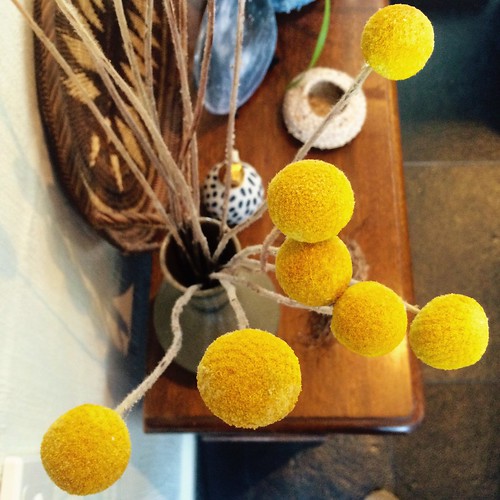 There is art. Large scale art! There is a composting toilet. Open fire, upstairs bedrooms, two living spaces downstairs – it’s the kind of house I like to try and imagine having, and now – the floorplan has seduced me – I can’t think of any other suitable alternative. 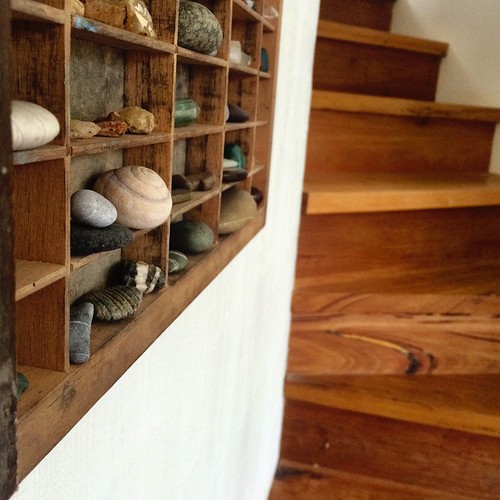