Two days on the hard

Pantry staples have been transferred from shed to boat cupboard. M is manfully keeping his mouth almost shut about the increasing clutter onboard. We are both keen to keep a significantly minimalist environment – but when there are no cupboard doors, the existence of many jars, tins and packets cannot be ignored.

We don’t have anywhere for cutlery yet – no drawers. So I have been stuffing things whereever I find gaps. I know M is inwardly lamenting the loss of his Tokyo apartment minimalism, but has acknowledged that – IT IS A CATAMARAN! There is a whole other hull that has nothing but a mattress in it, and three violins.

Here is the current setup – it’s kind of hard to fit it all in one little square picture. But know this – I am SO thankful to have my caravan here at the moment. I am so incredibly tired, that I am hiding in it right now after sneaking home from work, and will shortly conk out and (hopefully) get a much needed uninterrupted eight hours… 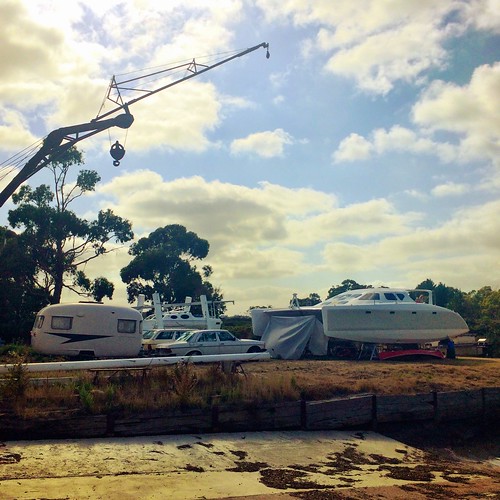 The first day aboard was spent transferring stuff from shed to boat. Yesterday involved our violin lessons, visiting Bramble Farm to pick our own raspberries and then Small Z’s karate class at 4pm. The driving has increased because of the distance to the boatyard and our stamina was well and truly absent by the end of it all.

Small Z threw a savage tantrum at the end of karate. I’m so tired I can’t remember exactly what I did besides tell her to get out of the hall because she was interupting the next class. Two other parents reassured me afterward – I must appear to be fraying at the eges. I feel like I have not had a reaonsable nights sleep for about ten days.

Roosters helpfully awoke me every morning we were housesitting. The Smalls are out of whack in the new boat environment and one, or both of them has crawled in with me the past two nights. Last night I bedded down in the caravan – which is about 20 feet from the boat. Bliss… until the alarm went off at 5am.

Given the current situation, it continues to be most viable for me to do one looooong work day, though how the owner of the boatyard feels about me starting up the car at 5.15am I will not find out until tomorrow. I feel like I will probably be his own annoying rooster for one day each week.

Small DB has her first week of five-hour days at kindergarten – and it will be interesting to see how it goes. It’s a pain in the arse to drive 20 minutes to get here there when we are used to walking four blocks – but she is enjoying it, and frankly, at the moment, it provides a nice shift in the family dynamic. Although I think she will be doing two days instead of three. Three is overkill. We shall see… 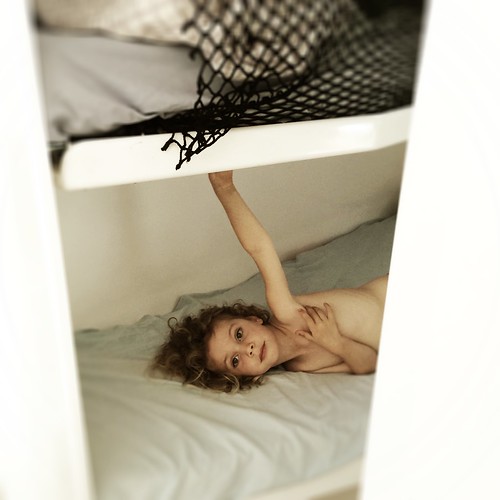 Finally. A day at home.