The belt and the bonfire

Weekends often merge with the rest of the week for us, as M’s time with the Smalls happens on Tuesdays and Wednesdays. However, the need to fix my car (using a cut up stainless steel water bottle to assuage the muffler) and the fact that he wanted to see Small Z go for her first karate belt, meant he had a stay-home-with-all-of-us day on Saturday.

My brain is a little scatty at the moment, meaning that I burnt pepitas and cashews while trying to roast them, and when I flipped over the Magic Bean Cake (not a reference to my brother) on the cooling rack, it broke into four pieces 🙁 I stuffed the pieces into cupcake papers and labelled them Messy Gluten Free Magic Cupcakes. Done. I was somewhat despairing. 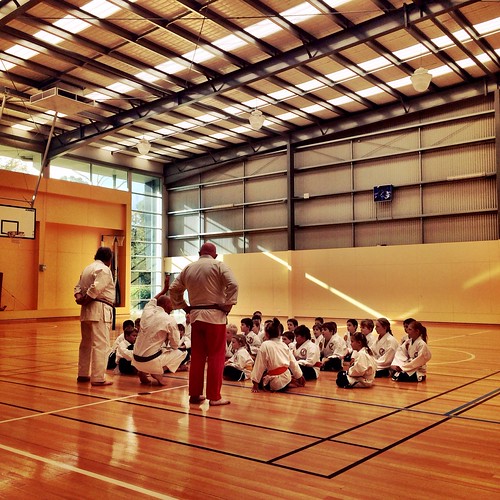 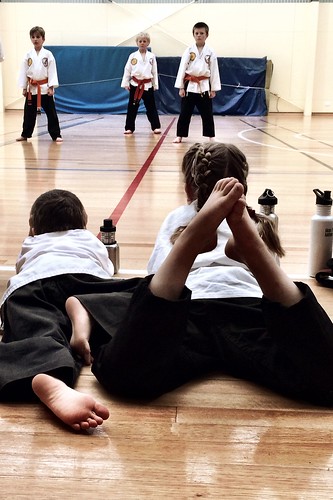 Small Z was as nervous as I’ve ever seen her. Almost silent – an extraordinary thing!! Nothing like this had ever happened to her before. The grading involved lots of different karate levels and took an age, but she handled it with aplomb.

Right up until the end she was worrying she wasn’t going to get that yellow belt. 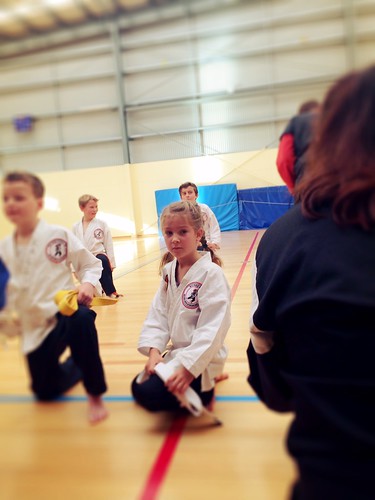 Jab! Cross! Uppercut! She nailed it all. 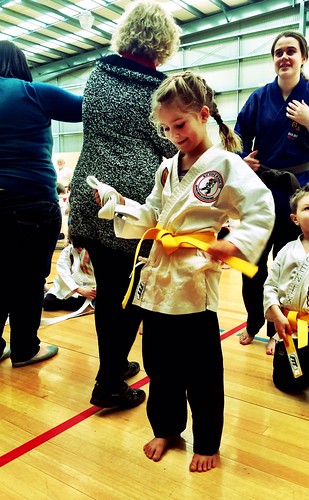 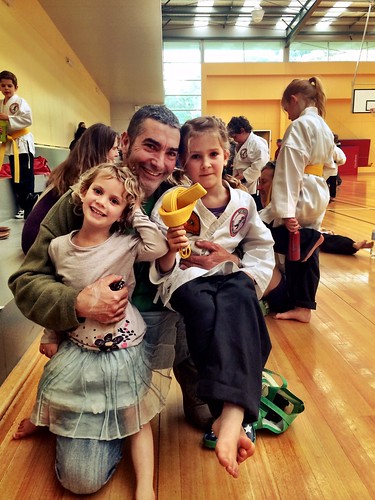 We hared home and I finished surgery on the ‘cupcakes’ while M whipped up some dinner for us to take to the solstice bonfire we had been invited to – gluten-free life stuff. Meanwhile, our house had our kids, two kids from next door and one from over the road in it – I had to kick them all out half an hour later when we departed.

It’s funny to have friends so nearby to us, and yet they are on twenty acres! Right here near town. They can’t really walk to the shops and library, but it would be an easy bike ride for them – and almost perfect setup! We met a few new people – often you get to know the mum and the kids of a family, but never see the significant other. We met two blokes that fitted this description – all the kids had a ball with sparklers, food, toasting marshmallows… and the BONFIRE! 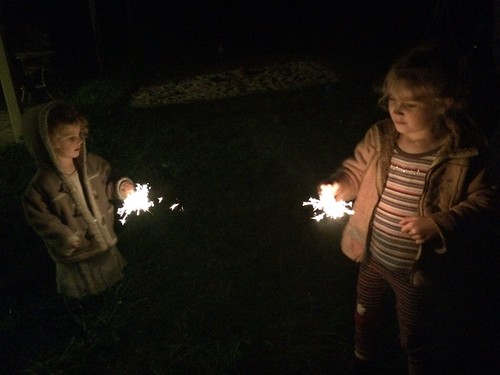 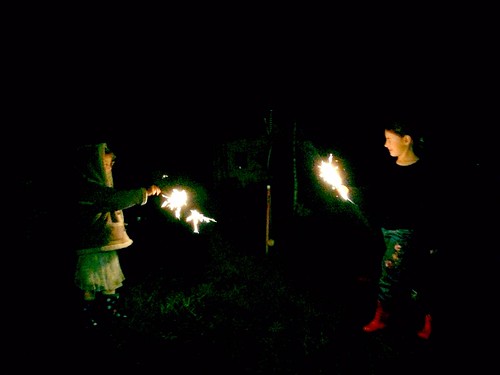 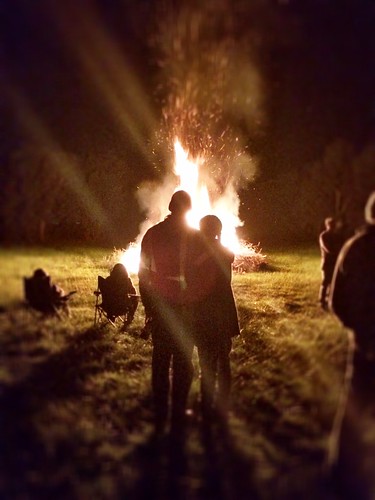 I thought that Small DB wouldn’t make it – the hour was very late for her, and she was sleepy. But she seemed to get a second wind. We all traipsed through soaking paddocks to where the bonfire had been built – it was huge!! And hot!!! Lovely crackles and shooting sparks. We must have watched it for at least an hour until Small DB had really had enough.

We walked back to the house and played blocks until the others returned. It was a beautiful night – must be how things happen when you’ve become a bit more connected to your community! Small DB was asleep by the time we got to the end of their driveway. 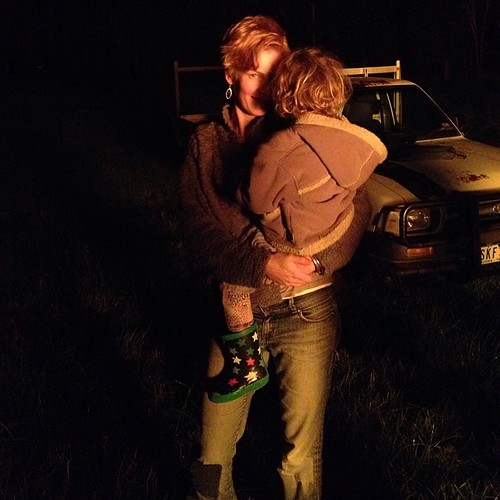 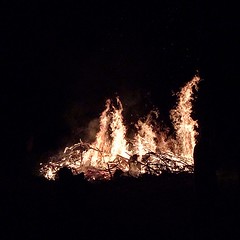